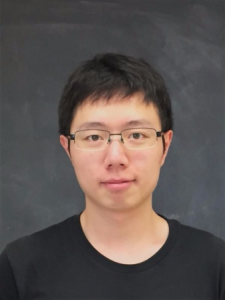 Yang successfully defended his PhD thesis on April 20, 2020. Congratulations! The title of his thesis is “Fabrication, functionalization and application of cellulose 3D hierarchical materials (hydrogels and aerogels)”. Due to the Covid-19 pandemic, in-person meeting was not allowed. Yang became the first PhD student in the department history who defended thesis virtually. Wish Yang a successful and bright career. 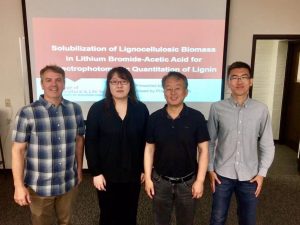 Tianjiao Qu successfully defended her Master thesis on July 23, 2019. Congratulations! Tianjiao did an excellent job both in course work and lab research. In particular, Tianjiao is an “A” student, maintaining a cumulative GPA 4.0! Wish Tianjiao a successful and bright future career.

This study demonstrated a high-yield process to synthesize glucooligosaccharides (GlOS) from glucose via non-enzymatic glycosylation in an acidic lithium bromide trihydrate (ALBTH, a concentrated aqueous solution of LiBr containing a small amount of acid) system. The single-pass yield of the GlOS was up to 75%, which was the highest yield ever reported. The synthesized GlOS consisted of 2-9 glucose units linked predominantly via α/β–1,6 glycosidic bonds (69%), followed by α/β–1,3, α/β–1,2, α/β–1,1, and α–1,4 glycosidic bonds. Preliminary in-vitrofermentation tests indicated that GlOS could be utilized by select gut probiotic strains, suggesting that GlOS had the potential as prebiotics. Theenhanced glucose glycosylation in ALBTH was attributedto the unique properties of the solvent system, including water-deficient nature, extra-highcapacity of dissolving glucose,and enhanced acid catalysis. The LiBr salt could be recovered after separating the GlOS by anti-solvent precipitation and directly reused. 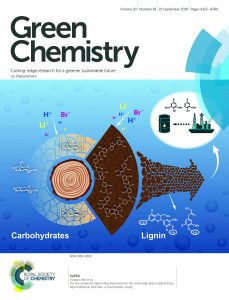 Congratulations to Dr. Ning Li! Ning recently published a paper in Green Chemistry as inside front cover, entitled “An uncondensed lignin depolymerization in the solid state and isolated from lignocellulosic biomass: A mechanistic study”. The paper is openly accessible at https://pubs.rsc.org/en/content/articlepdf/2018/gc/c8gc00953h. For the first time, this study found that lignin could be depolymerized in the solid state without dissolution and the depolymerized lignin has benzodioxane and Hibbert’s ketone structures. 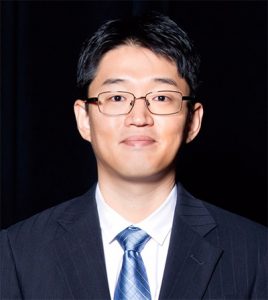 Congratulations to Dr. Chang Geun Yoo! Chang Geun has been appointed as as Assistant Professor in the Department of Paper and Bioprocess Engineering at SUNY ESF (https://www.esf.edu/faculty/yoo/). Chang Geun worked in our lab as a postdoc between 2012 and 2015. Wish Dr. Yoo a successful career.